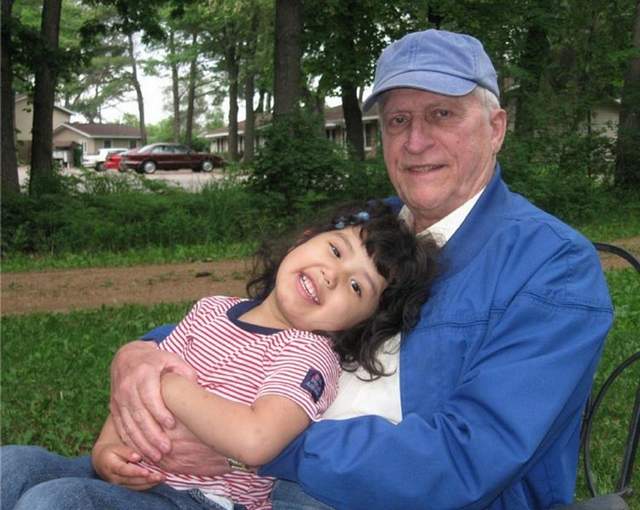 The Heinz Living Legacy Circle was named after Arthur (Art) E. Heinz, who was born and raised in Chicago and retired to Stevens Point in 1995. The Packer fan from Chicago loved it here.

Pete Taggatz of Stevens Point met Chicago-born Heinz in the mid-1980s. Heinz was fond of Central Wisconsin, and worked on a farm in Buena Vista as a young adult.

“The Central Wisconsin area really became more home to him in his heart than Chicago,” Taggatz said.

Art befriended some neighbors and made a few close friends, but was a private person. Art enjoyed gardening, animals, history, classical music, the stock market, and watching sports and old movies. He was a fiscal conservative and lived very modestly.

Cindy Solinsky, who lived next to Heinz for 15 years, said Heinz was a very caring and loving man, who was like a surrogate grandfather to Solinsky and her three daughters.

“He totally believed in helping people out,” Solinsky said.

Solinsky said Heinz told her, “Cindy, I’m giving my money to the poor,” knowing it would help people in central Wisconsin.

When Art passed away in May 2011, he left his entire estate (nearly $4 million) to the Community Foundation to help meet its mission of helping people, enhancing education, enriching arts and culture, contributing to wellness, and improving the environment. Art’s generous gift will significantly increase the Foundation’s ability to meet its mission, and will have a profound impact on future generations and the community Art loved forever.

Since 1982, the Community Foundation of Central Wisconsin has made it possible for generous and thoughtful individuals and families to realize their charitable giving dreams. Through permanent gifts to the Community Foundation, they have provided for the future of their community. Their legacy is one of philanthropy, of opportunity, and of providing a better quality of life for untold numbers of residents of Central Wisconsin.

Since estate gifts are often made after the donor’s death, the Heinz Living Legacy Circle allows the Community Foundation of Central Wisconsin to recognize those individuals now who are planning to make a difference in this community in the future.

It’s easy to become a member of the Heinz Living Legacy Circle. Learn more about how to get started.

The Friends of 90FM/WWSP Fund was created to keep the student-ran and programmed 90FM radio station a viable part of the University experience at UWSP. For many graduates, 90FM was a key part of their time at UWSP. The station is staffed by students and gives them an...

This week we had the chance to sit down with three of our fund representatives, Marg Coker-Nelson, Dori Jury, and Lorraine Avery. Together in 2020, these three women decided they wanted to take action and help the children of Portage County better understand diversity...